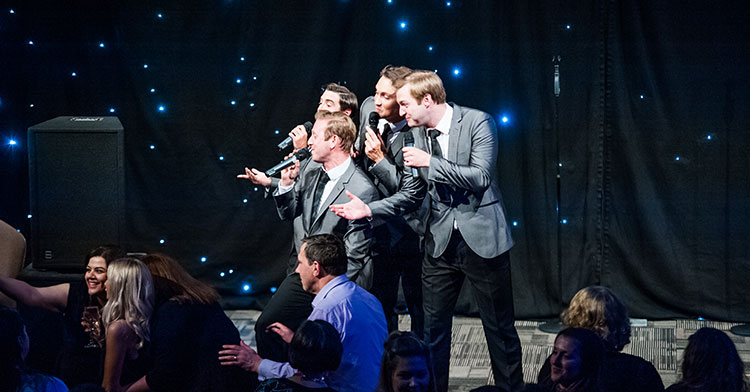 Singing classics like Big Girls Don’t Cry, Sherry, Can’t Take My Eyes Off You and many more…

“Walk Like A Man” is a fantastic tribute to Frankie Valli & the Four Seasons.

The Four Seasons rose to stardom in the 1960s with some of the greatest Rock ‘n’ Roll songs of a generations, pumping out classics such as “Sherry”, “Big Girls Don’t Cry” & “Walk Like A Man”. These tunes featured the sound of Frankie Valli, that sound of course is Valli’s falsetto, which dominated the airwaves of the time.

The Band consisted of an all-male lineup and truly were one of the most talented acts of the ‘60s and ‘70s. They sold over 100 million records worldwide which landed them a place in the Rock ‘n’ Roll Hall of Fame in 1990.

Subscribe to the Boatyard VIP Club to be the first to hear about exclusive offers and our latest events.